Listen as Johnny and Casey Johnson and Jere and Julia Stille discuss how both men walked a journey of incurable cancer. And both couples had children after that cancer. Their testimony will bring life and hope to others.

“Second Chance – If One Wish Granted “; was written in 2016. Production began early summer 2016 and was completed summer of 2017. The story is about a loving mother (Helen Senders) played by Jan Duncan Weir and her son (Sean Senders), played by Eric Hanson. Their story is familiar to many in the United States and the world. She is diagnosed with Alzheimer’s and Sean, her only child is her primary caregiver. Sean experiences all the challenges that are in place when a family faces such disease. The physical and mental changes are hard on the patient and on their loved ones. The one thing that was the hardest for Sean to endure was the heartbreak of seeing his mother’s life being taken away by the disease, and worse of all things, she no longer know who he was as she was departing this world. Sean has one last wish, and his wish is to have just a little more time with his mother. Will his wish be granted? The film is meant to show compassion, understanding and coping for families and friends of those who we love and goes through this devastating disease. Alzheimer’s claims many lives per year worldwide. The film also emphasizes family love and history. And all the moments we should cherish and never take for granted. 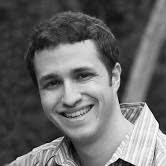 Troy Black = Motivational Speaker
Troy Black is a young Christian author and media professional who desires to bring hope, inspiraton, and truth to those looking for it. He stated the Inspire Christian Books YouTube channel. which now has nearly 40,000 subscribers. Troy’s passion for producing Christian material stems from his story of Grace and forgiveness that you can read about in his book. My Mess.